Two Roosevelt graduates are attending college with help from $5,000 scholarships from the James A. Davis Memorial Scholarship Fund. The Fund was made possible by generous donors in RARE’s first year of working for racial equity.

RARE established two $5,000 scholarships during its founding year to support two Roosevelt students of color in need reach their post-secondary educational goals. Working in partnership with school staff, RARE has established a clear selection process for the scholarships. Any graduating student of color who is planning to attend college, trade school, or a professional training program is welcome to apply.

Successful candidates will have contributed toward creating a climate of racial equity at Roosevelt and will have demonstrated a commitment to furthering their education. 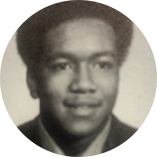 The scholarship is named for James A. Davis, Roosevelt class of 1971. Davis was a voluntary racial transfer student who became a leader among his peers. He served as senior class vice president, was a leader in Junior Achievement, played varsity football and played clarinet in the marching band. Throughout his life he showed his love of family and friends, respect for others as his equal and for reaching across racial lines to establish meaningful relationships with all students. After graduation, he maintained relationships with his Roosevelt classmates and went on to contribute to his family, his church, and his community. Davis died in 2013.

Donate to the Fund