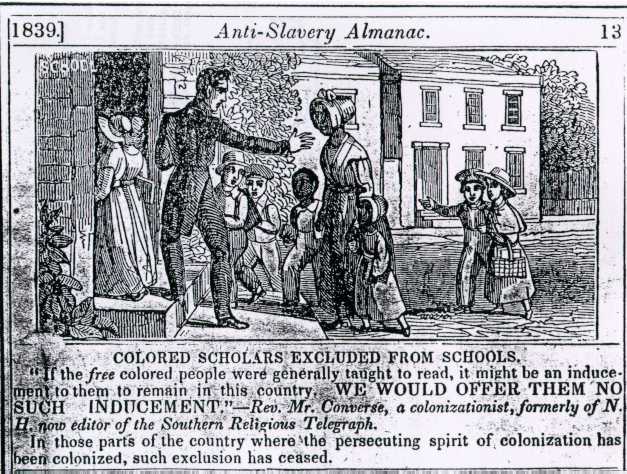 120 years before several founding members of RARE journeyed from the Central District to Roosevelt High School as part of the Seattle School District’s Voluntary Racial Transfer Program, and 106 years before the Supreme Court in Brown v Board of Education ruled segregation in public schools unconstitutional, the father of five year old Sarah C. Roberts sued the City of Boston so that his child could be admitted into the public school that stood closest to their home. He had refused to send her to the Abiel Smith School, one of the designated “colored” schools where his daughter had been assigned and that stood further away. It was the first ever desegregation case in the United States.

The case, Sarah C. Roberts vs The City of Boston 1848, was heard before the Massachusetts Supreme Court, Justice Lemuel Shaw presided. Sarah Roberts was represented by Robert Morris, one of the country’s first African American attorneys. Co-counsel was abolitionist senator Charles Sumner of Massachusetts. (Sumner would later gain historical fame after being caned to near death in the Senate by pro-slavery congressman Preston Brooks after Sumner gave a fiery anti-slavery speech. Sumner remained in a coma for months. Brooks was sent hundreds of canes by sympathetic Southerners.)

Attorney Morris argued in court documents that under Massachusetts Commonwealth statutes: “Any child unlawfully excluded from public school shall recover damages therefor against the city or town by which such public instruction is supported.” Justice Shaw was not swayed and ruled for Boston, rejecting the plaintiff’s claim that segregation was unconstitutional, and wrote that racial prejudice “is not created by law, and probably cannot be changed by law”. He also stated that the extra distance required to walk to the Black school was “scarcely an inconvenience”.

The ruling in the Roberts case established a precedent that was used by other courts to uphold segregation laws. It was cited in the famous Plessy v. Ferguson case that made “separate but equal” the safeguard phrase of segregation laws in the United States until the 1954 Brown decision. The court then reversed Plessy and ruled segregation violated the Equal Protection clause of the 14th Amendment.

BlackPast.org, an online reference center with over 7,000 posts, hundreds of primary source documents, links to museums and archives around the world, and more, has posted plaintiff and defendant arguments as well as the court’s opinion on its website. It’s fascinating reading on how the players back then spoke about an equity issue that is still with us today. See the article about Sarah C. Roberts vs The City of Boston 1848.