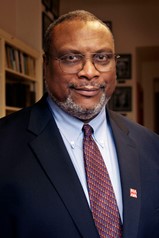 Racism is so endemic to America that when you attack it, to many if feels like you are attacking America itself.

That’s why so many school boards around the country are amid such heated debate, said Dr. Quintard Taylor at RARE’s November 8 open discussion session. Teaching historical truths about race feels like an attack on America to many of the people who oppose “Critical Race Theory (CRT).”

Taylor, a professor emeritus at the University of Washington, shared the history of CRT and how it’s not what parents are objecting to.

CRT challenges the idea that justice is blind, and laws are equally applied to all Americans. It is taught exclusively in law schools, and not in the K-12 system. Law is an important force – the most important force — that makes inequality legitimate. Laws reflect social norms and racism is an essential part of American culture, he said.

Many people believe that CRT was created by Black radicals. But Taylor pointed out that legal scholars as far back as Supreme Court Justice Oliver Wendell Holmes (1881 – 1935) have pushed back on whether the constitution itself is impartial. Chief Justice Charles Evans Hughes (1862-1948) said that the constitution is not impartial, and Justice Benjamin Cardozo (1870 – 1938) pointed out the impact of social norms on the law. Racism is one such social norm.

“The law may vary with the personality of the judge who happens to pass upon any given case,” according to legal scholar Jerome Frank in 1930.

None of these men were Black radicals, Taylor pointed out.

Derrick Bell, the first tenured Black law professor at Harvard University, is credited as one of the originators of CRT. He challenged the status quo by saying that no progress had been made in defeating racism. Poverty and segregation haven’t gone away.

“We have made progress in everything, but nothing has changed,” Bell said.

Taylor described the legal scholars who understood intersectionality – that is the multiple layers of oppression that cross race and sex – and who said that conversations about racism must get away from the binary Black vs. White discussions.

But it was the George Floyd murder in May of 2020 that caused massive demonstrations around the world and forced White Americans to see a stark reality that Black Americans already understood – that law enforcement is not applied equitably. Taylor said that there were more protests about that murder than took place in the entirety of the Civil Rights Movement in the 1960s and 1970s.

After that and Nikole Hannah-Jones’ 1690 Project published a year earlier by the New York Times, people began to question how history is taught and who gets to decide what is taught. The long-form journalism looked at American history through a racial lens. Republicans seized the moniker “critical race theory” and applied it to teaching any history that includes racial components. They also falsely claimed that teaching CRT would make white children hate America and included CRT in other cultural war issues, such as abortion rights, gay rights, and gun rights.

The insurrection on January 6 was the culmination of cultural wars as half of the nation is opposed to liberal ideas.
Taylor said that CRT is a red herring against the truth and that the truth – not propaganda – is the defense. He urged people not to replace the truth with propaganda. Students need accurate, inclusive history.

“America is always becoming,” he said. “The push to expand democracy comes from the margins.”

Taylor was equally insistent that every White man is not an oppressor, citing historical figures like abolitionist John Brown and early day White evangelicals who fought against slavery.

Dr. Taylor is and author and the Scott and Dorothy Bullitt Professor of American History Emeritus at the University of Washington. His complete presentation is available on RARE’s YouTube channel which is linked to RARE’S website.