If America wants to change the quality of policing, we must first, “Change the police culture,” says Les Young.

Young, a member of the Roosevelt class of 1971, shared his thoughts on the future of policing Monday, February 1, at the monthly RARE steering committee meeting. It was his second presentation on the topic for RARE. The first was in November. 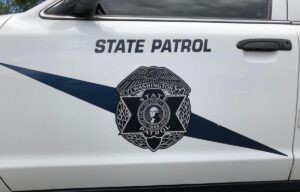 Policing remains an important topic for RARE. Policing incidents in the news brought Roosevelt classmates from 1971 together to discuss racial equity. RARE was formed as a result of these conversations.

A military and Washington State Patrol veteran, Young discussed the controversies over police-involved shootings, over defunding the police, and about police ethics.

Young shared with the committee that police are called for all types of issues and that most calls to police are for non-violent incidents. Sometimes the officers’ skill set is out of step with the need to de-escalate situations. Emphasis is shifting to community care-taking skills such as working with homeless populations, dealing with mental health issues, and mediating conflicts such as domestic violence.

“Defund the police” became a popular slogan after George Floyd’s death and many other officer involved shootings that caught public attention. Proponents believe that instead of expecting police to handle social service issues, money should be reallocated to social service agencies, leaving the police to handle crime exclusively. Others believe that police departments should be abolished entirely.

In one case, Young cited Camden, NJ, which disbanded its police force in 2013 after massive police corruption uncovered in 2010 forced dismissals of 185 criminal cases and lawsuit settlements totaling $3.5 million paid to 88 victims. Camden moved its police protection to a newly formed Camden County Police Department. Officers had to reapply for jobs.

Police ethics are the subject of two theories. There is the “bad apple” theory that says most officers are good, but those who are not should be drummed out of the force. Young said that in some cases, officers simply find another job in another jurisdiction. Another theory says police officers can fall into three categories – a percentage of officers on any given police force are honest, while another equal percentage are dishonest. Those left in the middle could “go either way, depending on how they were trained and who is watching at any given time,” he said.

Police ethics were questioned in Louisville, KY, where officers stated in their paperwork that Brianna Taylor suffered no injuries during the police incident in which she was shot and killed, he said.

The value systems of police officers when they are recruited play a major role in the way they do their jobs, he said. Many officers are not well suited to work in the communities that they are supposed to serve. Since so many calls for police assistance rely on de-escalating situations, those who have the “gift of gab” may fare better than those who rely on use of force tactics and weaponry.

Despite the focus on police shooting incidents, he admits that policing issues are broad. Personal attitudes and politics can play a role in how officers view themselves. During the January 6 riot at the U.S. Capitol, there were participants who were wearing their police department identification under Trump shirts, which conflicted with the “protect and serve” mission of police departments. The head of the Seattle Police union denied that any Seattle police who attended the event in Washington D.C. were involved, blaming Black Lives Matter activists for the riot. (So far, no Black Lives Matter activists have been revealed to have been part of the riot.)

Strong leadership and support from mayors and city council members make a difference in how effective police departments can be, Young said. Leadership can emphasize that officers “do the right thing” first instead of relying on practices that don’t fit the situations to which they are called.

Young served as a Chief Warrant Officer 5 in the U.S. Army, the highest Warrant Officer rank. It is appointed by the Secretary of the Army. He also served as Assistant Chief at the Washington State Patrol. He is now retired.