Blog / How did we get this way? Why Seattle remains segregated
12/47 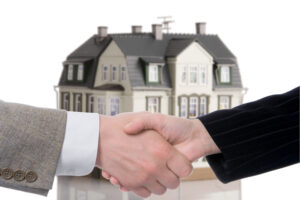 The members of Roosevelt Alumni for Racial Equity were baffled. Our high school was more segregated than it was when we graduated, and the neighborhoods served by the school remained largely segregated. Shouldn’t it be better by now, we asked.

We found our answers in history – deliberate government actions, residential “red lining” by realtors, developers and banks among them. But one custom is still recognizable is the practice of restrictive racial covenants.

RARE committee member Jude Fisher shared her research of housing practices with the group at its March 1 meeting. It revealed more than a simple unwillingness to live together. The neighborhoods specifically kept black, brown and Asian people out by a series of covenants.

Seattle wasn’t alone. Covenants were in force all over the nation, and until 1948 they were upheld by the U.S. Supreme Court. In 1926 in Corrigan v Buckley, the U.S. Supreme Court upheld a ruling by a lower court that racially restrictive neighborhood covenants were legally binding. The restrictions were an enforceable contract and an owner who violated them risked forfeiting the property. In that case, Irene Corrigan sold her Washington D.C. land to a black family in violation of the restrictive covenant. The court found against Corrigan. As a result, racially restrictive covenants flourished around the nation.

A year later, on Seattle’s Capitol Hill, white residents went door to door to ask their neighbors to insert restrictive language into their deeds to keep black residents south of Madison Street. Eventually, 183 blocks were covered by the restrictions.

Seattle’s most notable example of a restrictive covenant was at Sand Point Country Club in 1952. Four years earlier, the Supreme Court in joint cases of Shelley v Kramer and McGhee v Sipes found that racially restrictive covenants could not be enforced. (Orsel McGhee was a great uncle of RARE committee member Jane Harris Nellams. The case was the subject of the made-for-TV movie, The Color of Courage.)

In Seattle, Richard Ornstein, a Jewish refugee from Austria, contracted to buy a house in Sand Point Country Club. Neither he nor the seller knew about the covenant to restrict Jews from living in the community. Even though the covenant was no longer enforceable, Daniel Allison, head of the Sand Point Country Club Commission, campaigned to stop the sale citing a list of the actions Sand Point residents might take against Orenstein should he decide to move in. He didn’t.

Finally, in 1968 in the wake of Martin Luther King Jr.’s assassination, congress passed the Fair Housing Act. It prohibited discrimination in the sale, rental or financing of a home because of race, religion or sex. So, if that settled the matter, why does Seattle still look like it does? Why is Roosevelt – and several other Seattle Schools – still segregated?

Sadly, it’s because covenants are only part of the story. In our next blog, the story continues with the roles realtors, banks and developers had in maintaining the racial status quo.