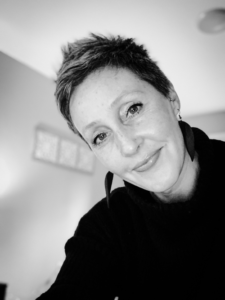 “J” was a disciplinary problem all through school. School officials saw him as an angry Black male. At one point, he was suspended for nine weeks. Teachers thought he was deviant. He was treated as “other” all through his school years.

In reality, “J” was hurt and his reactions to that hurt damaged his school career. His story is common.

J’s story is common because it follows the traditional model of classroom removal, office discipline referral (“sent to the principal’s office), suspension, and expulsion.

”Students who create discipline problems are treated like criminals, she said. Misbehavior is treated as the fault of the individual and disruptive behavior causes unsafe schools. Still, discipline practices are supposed to deter other students and improve the learning environment.

Worse, schools with zero tolerance policies, which use pre-determined punishments for offenses, have resulted in a 300 percent increase in discipline, she said, citing her own research.

“This makes no sense,” she said.

Those likely to be disciplined more often include Black and Brown students, Native Americans, Latinos, students in foster care, those experiencing homelessness, kids who have experienced trauma, students with special needs, and males. Risk of negative outcomes rises for students who fall into more than one of those categories.

One of the first things Hazelton recommends improving disciplinary practices is to racialize the conversation.

“Educators must examine their own racial positionality,” she said. Then, students and families must be included in creating policies. Hazelton urges schools to draw from restorative justice – joining the offender and the offended to resolve the issue, use social/emotional learning curricula in classrooms, and positive behavior support.

“Forgiveness and compassion are linked,” she said, quoting author and activist bell hooks. Hazelton urged schools to use equity teams and to be anti-racist in their approaches to reforming exclusionary discipline practices.