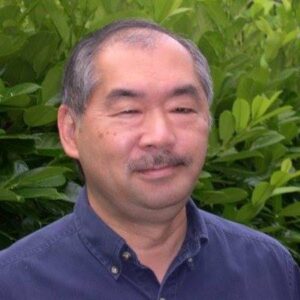 Asian Americans are not a model minority who have overcome racism to be successful, says Dr. Kyle Kinoshita. It’s a myth.

He pulled back the curtain on the long-standing myth at the July 19 open discussion session for Roosevelt Alumni for Racial Equity (RARE). He shared why the stereotype is a myth, how it has been weaponized against other ethnic minorities and what RARE can do to include Asian Americans in its efforts to improve racial equity.

Asian Americans have been blamed for the Covid-19 virus. They were blamed for displacement of American products when Japanese cars and electronics became big sellers in the 1980s. They were treated as the enemy during World War II and incarcerated because of it. Throughout their presence in the United States, they have been told to “go back where they came from” even though they are citizens, Kinoshita said. Even today, many Asian American students would rather attend class online to avoid being treated as the “other.”

Still, Asian Americans have been perceived as the model minority because they are believed to have achieved more than other people of color despite evidence to the contrary, Kinoshita said.

Kinoshita shared some history of Asians in America, often using his own family as examples of issues that many Asian immigrants faced. His grandfather opened a dry-cleaning business near Greenlake, which was outside of the city limits at the time and not subject to redlining. His mother wanted to attend the University of Washington and intended to work her way through college by working as a secretary until her high school counselor told her that no one would hire a Japanese woman.

A year after her graduation, Japanese Americans were rounded up and incarcerated during WWII. Even though they were loyal to the United States and had family members who enlisted to fight the war, they were believed to be likely to serve as Japanese spies. Kinoshita told of students at Garfield High School who were summoned to the school office with their belongings to be whisked away.

“Incarceration was the biggest violation of Asian Americans’ civil rights,” Kinoshita said. His family lost its business, along with scores of other Japanese Americans. When they finally returned home, almost everyone had to start over.

Until 1945, Asian war brides could not join their spouses in the U.S. Until 1952, Asians could not petition for citizenship.

Asians are now the largest population of color in Seattle at 15 percent of the city. But the category of Asian Americans and Pacific Islanders is a diverse group itself. People from Japan, China, Southeast Asia and Southern Asia are lumped together with people from Pacific Islands to form the group. But the diversity also covers those who immigrated before World War II and were imprisoned during that conflict, and those who immigrated after the war.

More than 6,600 hate and bias incidents have been reported in the past year – that is three times the normal number of incidents. Still, those statistics are believed to be under-reported, he said. Even though many video accounts of these incidents show that other minorities are committing these crimes, statistics show that most of the crimes against Asian Americans are committed by White perpetrators.

One indicator of how Asian American students are treated in high school now has been revealed in the number of students who do not want to return to in-person classes after the pandemic. Fifty-six percent of Asian American students do not want to return to classrooms in Seattle; 71 percent want to continue with remote learning in the Lake Washington School District, he said, citing statistics from those school districts.

The model minority myth says that if one works hard and acts as a good citizen they will be accepted as equals. Still, Asian Americans are often treated like permanent aliens and told to “go back where they came from” even when they are Americans. That scenario has been weaponized against other people of color who are perceived to be somehow “lazier” or less committed to success, he said.

Despite the stereotype of success, there is much poverty among Asians, Kinoshita said, noting that Asian poverty is especially pronounced in San Francisco, which has a large Asian American population. It’s this duality that makes the “model minority” a myth.

The civil rights movement of 1950s and ‘60s benefited Asians but immigration created dual realities. Immigrants with professional credentials were favored over middle-class Asians who wanted to move to the U.S. Adoptees from Asian countries were permitted in.

Kinoshita, a 1971 graduate of Rainier Beach High School, is the former chief of Curriculum Assessment and Instruction at Seattle Public Schools. He also served Seattle, Shoreline, Highline, Edmonds and Marysville school districts as a teacher, principal and district administer. He is a graduate of Western Washington University and the University of Washington and a board member of the Japanese American Citizens League.