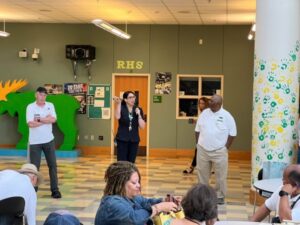 Roosevelt Alumni for Racial Equity offered two new experiences on Saturday, August 20 when RARE’s board of directors welcomed alumni from all classes – and some future alumni – to tour the campus and view the documentary, Roosevelt High School: Beyond Black & White.

There were audible gasps in the audience in the school’s theater as many learned for the first time how Black students at Roosevelt were faced with racist comments and actions from their White peers during the early days of busing. Few knew how the Voluntary Racial Transfer Program upended the lives of its participants and what the program did to the schools they left, nor were they aware of how many White students left the public schools for private education during the voluntary busing program and the city-wide “Seattle Plan,” which included all Seattle public school students.

A panel discussion followed featuring alumni from the 1970s and recent classes, and a Roosevelt parent. Younger alumni shared the challenges of racial equity in a school that after busing returned to being overwhelmingly White. One audience member, a teacher, shared how new classes centering on histories of people of color will be offered this year. These will be required classes.

Opened in 1922, Roosevelt is preparing to celebrate the school’s centennial. The campus underwent a major renovation from 2004 to 2006 and many alumni had not visited the campus since the upgrade. They were surprised to see that the former auditorium is now the library, that a commons area – formerly a second-floor lunchroom — connects to both the theater and to the Ben Snowden Basketball Court, and that the campus now includes the Art Wiper football field suitable for competition, not just practice.

Likewise, many alumni had not yet viewed the documentary. RARE took the opportunity to provide both the tours and the documentary in advance of the centennial celebrations. 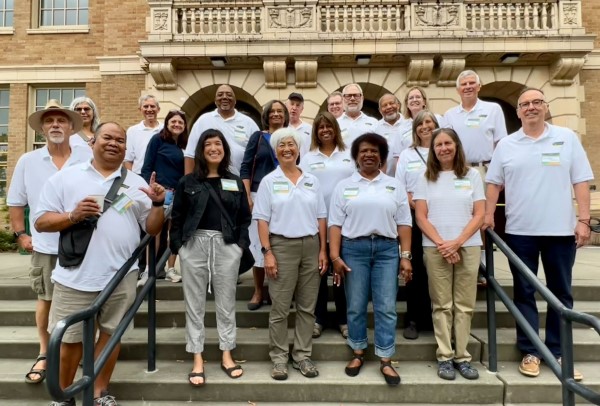