Every picture tells a story, but sometimes the story is told by the pictures that are absent, too. 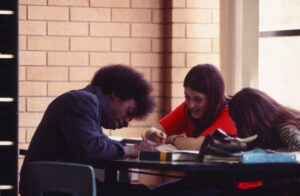 As we built the website for RARE, we wanted to tell a story about racial equity at Roosevelt High School using pictures from Roosevelt’s 2020 Yearbook and from our own year books from the 1970s. We remember getting along with others, forming friendships regardless of ethnic background, and having teams, activities and clubs that were multi-ethnic. We expected the pictures to tell that story.

But those photos were absent. Instead, they told a story about a high school of White kids, scattered with a few people of color. Both 2020 and 1971 told the story of privileged students even though we rarely felt special. The 2020 yearbook told us something that we didn’t especially want to see – an overwhelmingly White population with few students of color, and sports teams, clubs and activities that didn’t appear to include anyone Black, indigenous, or from other groups of color. Candid shots of students of color were spare in their inclusion, too.

So, I checked the portraits. Indeed, there were students of color among the rows of head shots. It was encouraging, until I noticed that the list of students not pictured. The names were noticeably and disproportionately Latinx, African, and Islamic. They can’t tell our story if the pictures aren’t there.

Our next option was for the old folks to show the younger folks how it was supposed to be done. I went back to the 1971 yearbook and combed through a slide show assembled for the senior class luncheon. I expected more. Yes, the yearbook revealed pictures that included people of color on football and basketball teams, cheer and dance squads, choirs, orchestra and bands, and clubs. It was better, but still not as good as we remembered it. 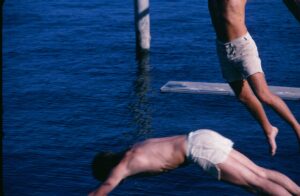 Sadly, the slide show was of no help, either. In addition to candid shots of students at school, it included lots of shots of students at private docks on Lake Washington, likely shots of classmates who lived in Laurelhurst and had access to the community’s beach club. All those kids were White.

No, we were not much better. But we were hopeful. We are still hopeful. It’s why RARE was founded – to act on our hopes for the future.

That begs the question, “how do you illustrate the future?” We still had the website to illustrate but we want to show the world as we hope it will be. We thought that our high school life showed that world making progress. Clearly, we had wanted authentic photos of White kids and kids of color interacting in an organic “throw-us-together-and-we’ll-all get along” way. What we found out was disappointing. 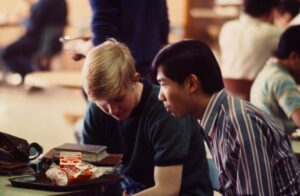 We expected the photos to be there, just like the memories of our diverse friendships. The fact that they are not also tells a story. It is one we wish we did not have to tell.

We are here to start a new chapter of that story.